Since I was young, I loved the world of space and I remember how keen I was to follow space news and what scientists have come up with, as I was passionate about watching science fiction films and fantasy in which alien creatures exist and the connection between the fantasy world and the real world.
This Alien creature mission is to collect a specific type of atom that has the effect of generating powerful energy that maintains the life of its distant planet.
These atoms can only be extracted from strange and unknown places from the depths of the volcanoes of the Earth, and upon obtaining them they must be preserved in transparent and shiny crucibles.
It also provided him with a weapon in case he was forced to use it.
Physical ratio is higher and greater than human beings, except that it resembles humans in its general composition.
I used the following programs in the making of this artwork:
Maya , ZBrush , 3D Coat , Mari , Photoshop ,UVs Layout , Vray and Xnormals 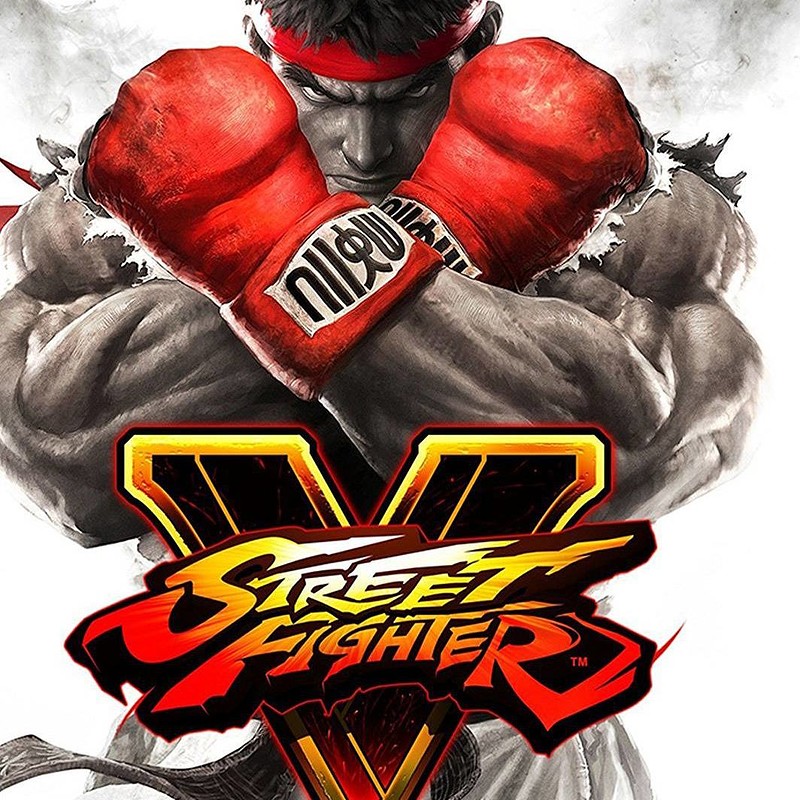 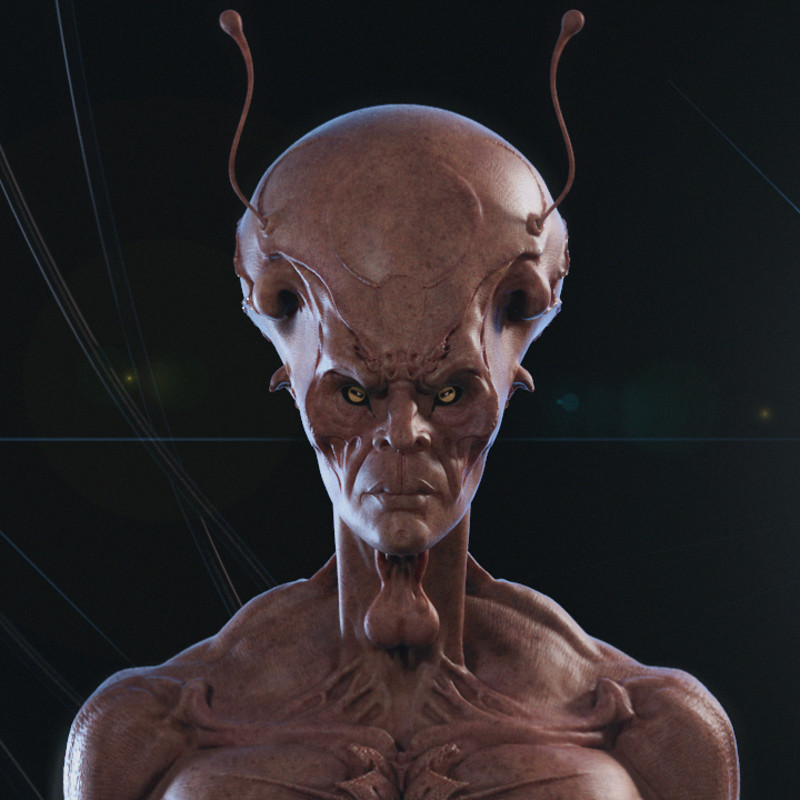 Back to album
Gallerias 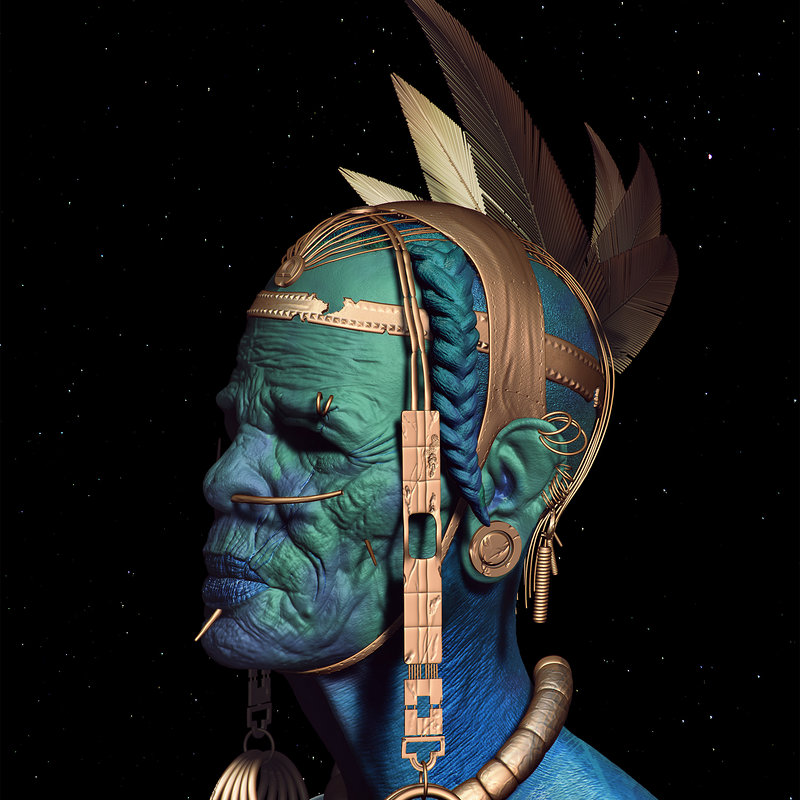